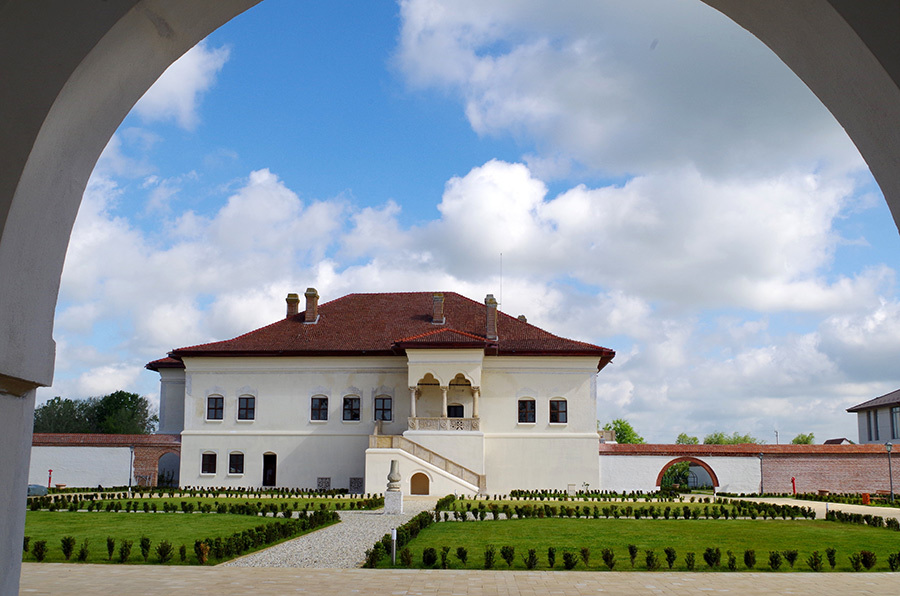 Potlogi is a symbol of brâncovenesc style (architecture). It appeared as an artistic phenomenon of synthesis between native elements, oriental and western influences, between tradition and artistic innovation, the brâncovenesc style has overgrown.
The monumental complex, which covers an area of 23,000 square meters, consisted of several elements: entrance gate, military guard rooms, court servants houses, cuhnia (a type of kitchen), droşcăria (carriage room), the old noble house and, obviously, the most important, the palace.
Next to, it is the church, built by Voivode, in 1683, when he was the high dignitary (spătar) at the Royal Court. The Complex consists of a rectangular place, divided into three courts, separated by rows of buildings with doors and walls: reception yard, servants’ courtyard and the gardens. The reception yard it is the largest, almost square in shape, stretching from the entrance to the southern front of palace. Courtyard of the servants it was rectangular and a bit shorter. It was to the left of the main one and it had access to the west side of the enclosure.
The third yard, the garden, covers the entire northern part (about 2/3 of the enclosure), including the building of palace, up to the Sabar waterside.